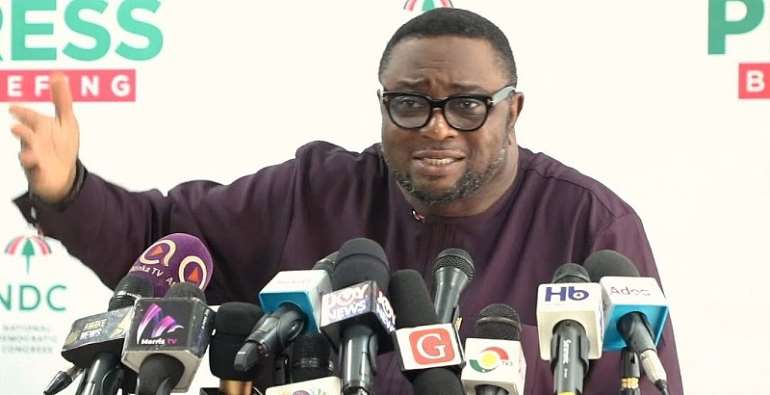 Addressing the press on Tuesday dawn, December 8, 2020, Elections Director of the NDC, Elvis Afriyie Ankrah listed a number of constituencies he claimed his party has “flipped”.

“This means the seats were taken by NPP in 2016, and we have taken them back,” he explained.

“So far, if you look at the flips, if you put them together, we are looking at about 36 seats that have flipped,” Afriyie Ankrah added.

In the Eastern Region, he mentioned Upper Manya, Akwatia, and Ayensuano.

In the Bono Region, he said the party has won Jaman North, Dorma West, Jaman South

He however directed members of the NDC not to jubilate yet but be vigilant throughout the process.

Afriyie Ankrah also insisted that the NDC has maintained a number of its parliamentary seats.

“No premature celebration,” he said.