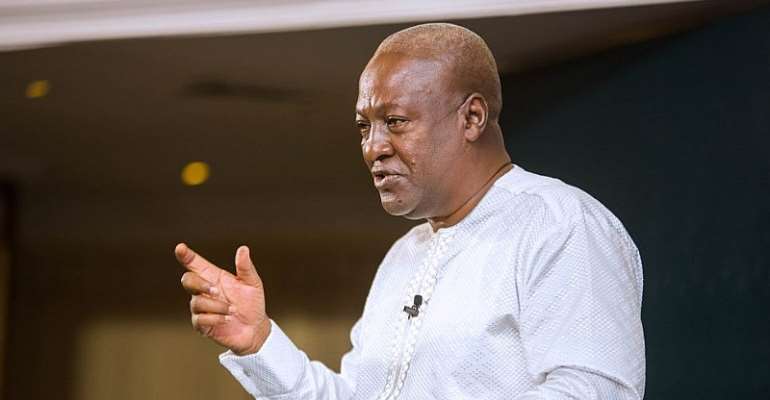 Former President John Dramani Mahama has asked supporters of the party to stay vigilant during the collation process.

He gave the advice in a post on Facebook thanking Ghanaians for taking part in the 2020 general elections.

“Thank you for coming out to vote in today’s election. Very good results from all parts of the country. We must continue to remain vigilant as we enter the result collation stage. Let’s stay focused and roar to the end,” he wrote.

In a related development, the NDC has declared victory in the parliamentary polls held on Monday, December 7, 2020.

According to the Director of Elections for the NDC, Elvis Afriyie Ankrah, the party has taken back some 36 parliamentary seats the New Patriotic Party won in the 2016 elections.

Addressing the press on Tuesday dawn, December 8, 2020, Elections Director of the NDC, Elvis Afriyie Ankrah listed a number of constituencies he claimed his party has “flipped”.

“This means the seats were taken by NPP in 2016, and we have taken them back,” he explained.

“So far, if you look at the flips, if you put them together, we are looking at about 36 seats that have flipped,” Afriyie Ankrah added.

In the Eastern Region, he mentioned Upper Manya, Akwatia, and Ayensuano.

In the Bono Region, he said the party has won Jaman North, Dorma West, Jaman South

He however directed members of the NDC not to jubilate yet but be vigilant throughout the process.

Afriyie Ankrah also insisted that the NDC has maintained a number of its parliamentary seats.

“No premature celebration,” he said.