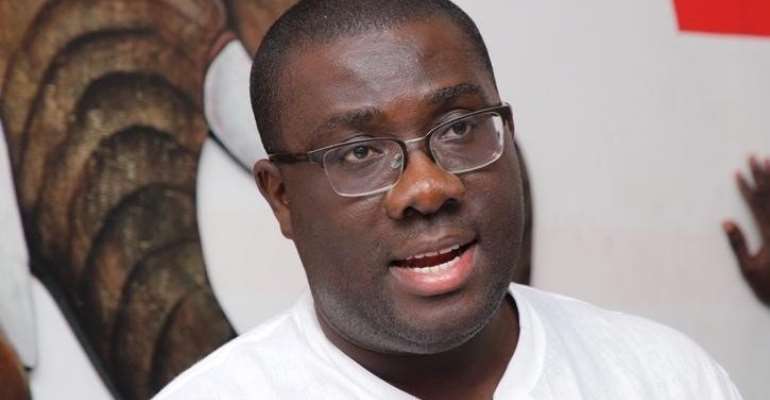 National Organizer of the ruling New Patriotic Party (NPP), Sammy Awuku has insisted that the party did not deliberately protect any incumbent Member of Parliament (MP) from being contested in the party’s parliamentary primaries.

According to him, the party did nothing in securing their positions for them, as claimed by some people.

Speaking on the Point Blank segment of Eyewitness News on Monday, the party organizer noted that all decisions made towards the primaries were done by the party’s Executive Council in the interest of party members.

“I completely disagree that they deliberately protected some MPs and also gave up on some. I don’t think that is a fair analysis of our situation. What happened was that the National Executive Council decided that in some constituencies, these are the decisions we need to take and they take these decisions with the supreme interest of the party. Then it’s up to us as implementers of these decisions to get to the ground, activate our conflict resolution outfit chaired by the Chief of Staff and the party leadership at the regional and national levels to mend cracks where they are and also to calm tempers where necessary. So we took decisions based on some details presented to the NEC of the party and you can’t fall to this body. That is the highest decision making body when it comes to making decisions in respect of parliamentary primaries.”

He added, “For instance, were you expecting the NPP to open nominations or protect Adowa Safo in Dome Kwabenya? I’m sure if we had decided that Adwoa Safo should go unopposed, you would have said that we were not being democratic. At the end of the day, you realise that even though it was a keenly contested election, the delegates also decided to retain their sitting MPs.”

Prior to the NPP parliamentary polls on Saturday, several incidences showed that the party had plans to make some sitting MPs contest unopposed by intentionally disqualifying some aspirants.

In the Ashanti Region for instance, rumour had it that regional executives of the NPP deliberately hoarded nomination forms to protect sitting Members of Parliament in the region.

The Suame constituency was one of the few constituencies in the region who faced this problem.

John Darko, a legal practitioner lamented about the inability to pick nomination forms to contest in the upcoming NPP parliamentary primaries.

On the back of this, he petitioned the Ashanti Regional Chairman of the NPP, Bernard Antwi Boasiako, demanding to be allowed to pick up the forms at the regional office citing deliberate acts of frustration at the constituency level.

He also threatened to petition the National Secretariat of the party if he doesn’t receive a favourable response.

Also, the Suame Home Support Movement threatened to demonstrate against executives of the party in the constituency because of the same reason.

However, the Ashanti Regional Secretariat of the party refuted all of these claims.

General Secretary of the party, John Boadu, also insisted that the party was not sabotaging parliamentary hopefuls seeking to unseat incumbent Members of Parliament in the region.