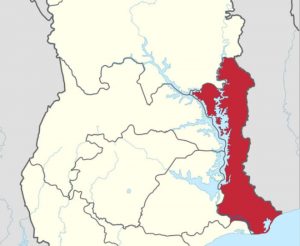 The chiefs and people of the eight traditional districts and areas of the proposed Oti area have authorised a Joint Consultative Committee to push their demand for the creation of Oti Region.

The traditional areas include Akpafu, Santrokofi, Likpe and Lolobi.

President Nana Akufo-Addo promised to create four new regions during the New Patriotic Party (NPP) 2016 electioneering campaign. The regions would be carved out from the some of the existing ten regions.

The move will be a major agenda for the newly created Ministry for Regional Reorganisation and Development.

The chiefs, at a press conference to climax a maiden consultative forum at Nsuta in the Jasikan District said they affirmed the text of their petition requesting government to create a new region to be known as the Oti Region before the end of the first term of office of President Nana Addo Dankwa Akufo-Addo and tasked the Committee to represent that interest.

They said the main objective for demanding the creation of a new region was to accelerate the socio-economic development of the area, “a venture devoid of any ethnic…motivation or mandatories.”

The chiefs assured to live in peace despite the ethnic composition of Akans, Guans and other ethnic groupings and pledged to be a good neighbour to the “new Volta Region”.

They dissociated themselves from individuals and groups intending to “change the character of the Volta Region by unconstitutional means”, and promised to collaborate with government at every stage leading to the creation of the Oti Region.

Nana Besemuna Mprah III, Krachiwura, Chairman of the Consultative Committee said members believed in the principle of government being near to the people and that the creation of Oti Region with the President’s representative would bring government closer to the people.