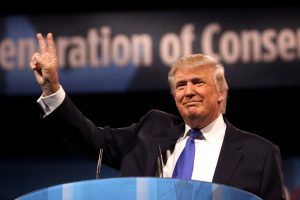 (NaturalNews) (Freedom.news) Left-wing malcontents and their Democratic enablers have been going all-out to steal the presidency from its rightful recipient, Donald J. Trump, by attacking a fundamental element of our republic: The Electoral College.

Suddenly, liberals who normally have nothing but contempt for the Constitution and our nation’s founding principles and institutions have become constitutional experts, shouting from the rooftops that there is no provision in our bedrock governing document that requires electors to the Electoral College to actually cast a ballot for the candidate who won their state. That’s true.

Liberals are also screaming that Alexander Hamilton and many of the other founding fathers did not really trust the will of the people to select a president, so that’s why they devised the Electoral College in the first place. That is only partially true; the EC was also a way to ensure that small states had equal weight in choosing the president as larger states.

But their protestations are nothing but partisan noise designed to do one thing: De-legitimize Trump’s rightful victory. Had their anointed candidate, two-time loser Hillary Clinton, had won enough electoral votes to become president, we’d all be spared this hysterical civics lesson.

Worse than that, however, it is a naked attempt to undermine our system of government. Never mind Russia hackers; we have more to lose from unhinged liberalism than anything else.

Since the 1880s, every state except Maine and Nebraska have awarded electors based on a “winner take all” system. To that end, electors are duty bound to the people of their state to cast their electoral ballot for the candidate who wins their state. To the Left, the ends justify the means, which is why the Democratic Party is bereft of honor, integrity and any semblance of decency–hence the call now that Clinton has been vanquished again for electors to forego their oath and vote to install her instead of Trump.

Electors should do their duty and vote for Trump. That is their obligation and that is the promise they have made.

As for the Electoral College, that is the system we were bequeathed. Should Leftists ever succeed in vanquishing it, let them be warned: Changing the system means no more “battleground states”–which means a populist/conservative like Trump can go into populous states like California and New York and actually win enough votes to win outright majorities rather than focus merely on Electoral College votes.

If that happens, then what will unhinged liberals complain about when they lose?