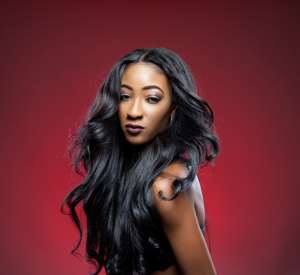 So around 2009, most university girls in Ghana happily embraced synthetic hair extensions from brands like, Sublime, Noble, Superstar and Merrylight among others.

Even the ‘Slayers’ at the time knew no hair brands apart from these and rocking “Avatar” and “Classy deep” synthetic hair pieces gets you feeling on top of the world.

Fast forward to 2011, 2012 and Brazilian hair craze is rife depleting our innocence.

Brazilian hair extensions are of premium quality, relatively expensive and assumed to have come from Brazil.

The craze swept across the country like a tornado hitting hard at the various university campuses where most girls used any means possible to acquire this “treasure.”

Some bought it on credit; others got it with their school fees or upkeep money. There were smart girls who took part time jobs while it’s no secret that some had to satisfy men in exchange of the hair piece.

But there was a problem
The Brazilian hair piece is outrageously expensive compared to the other weaves available and here is the case students with no jobs wanted to acquire by whatever means possible.

The Brazilian hair craze was reminiscent of the Blackberry phone as most girls could do anything just for the phone.

A relative told me a story about a girl who schooled at one of the biggest universities in Ghana who threatened her mother to abandon school if she (mom) doesn’t buy her Brazilian hair. Her reason: She simply couldn’t stand the humiliation in school.

No, I’m not exaggerating but this depicts how bad it was. This is not to say I didn’t want one. I wanted one but wasn’t bursting of desperation.

Finally, when it was to graduate from school, most girls prayed for Brazilian hair to compliment their graduation outfits. While most students were disappointed, I was one of the few people who got my wish granted.

A layered long Brazilian hair in colour 4 which cost between Ghc 400 and Ghc 600 for my graduation.

Don’t ask why I spent such amount on just weaves because it was a gift to me.

The craze has plummeted with time and in my next article I will tell you why.